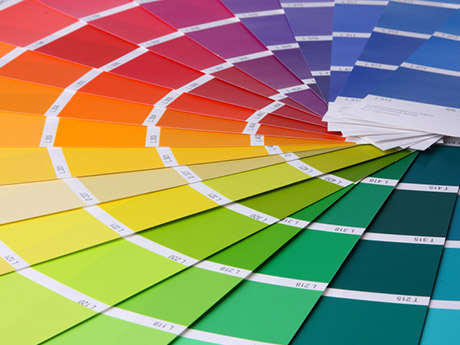 The HTS for example has power levels ranging from 250 W to 1,000 W. In practice however powers different to these are mostly required.

There are three ways of adjusting the heater power to the power requirements of the material to be heated.

Inside Elstein infrared heaters with thermocouple, the thermocouple is located between the radiating surface and the heating coil. The thermocouple signal is passed via a special thermo line, for example to the input of the Elstein TRD digital temperature controller. The temperature controller switches individual or whole groups of heaters on and off with the help of one or several Elstein TSE thyristor wwitching units. An average power sets in at the heaters, depending on period they are switched on. An URG super-agile fuse is fitted upstream of the thyristor switching units to protect them against short circuits.

By using several controllers, zones can be formed in the heating areas, for example, to specifically heat certain areas of the product more strongly or weakly. Annular heating zones are frequently realised for large heating areas in order to uniformly heat up the material to be heated from the boundary area through to the center. Special programmable controls can also be used instead of a controller. Here it must be noted that the inputs for the thermocouples must be potential-free.