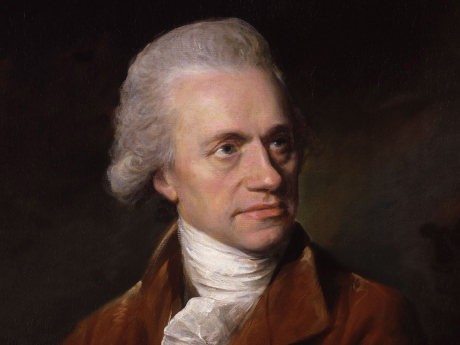 Born in Hanover in 1738, he emigrated in 1757 to England, where he worked until 1822 as an astronomer, engineer, and musician. He developed numerous telescopes and discovered the planet Uranus in 1781. Herschel achieved great fame with his knowledge of the actual dimensions of the solar system.

Hardly 20 years later in 1800, Herschel observed an invisible energy force when taking measurements with a telescope. He had discovered infrared radiation.

Numerous physicists since have researched into this range of the electromagnetic spectrum, which, for example, is an important field of study in infrared astronomy. In 2009 a space telescope named after Herschel was launched into orbit for the purpose of investigating the IR spectral range.

Along with the discovery and physical investigation of the nature of infrared radiation and how it works came an effort to produce IR radiation artificially for commercial applications, such as production processes.

This required, however, the development of technically adequate infrared heaters suitable for the contactless transfer of thermal energy.

Elstein-Werk made a substantial contribution to this industrial development with the invention of the first ceramic infrared heaters in 1949 and 1950.